The Cougars are loaded with confidence after riding a five-game winning streak to the Class 6A Prep Bowl semifinals last November. 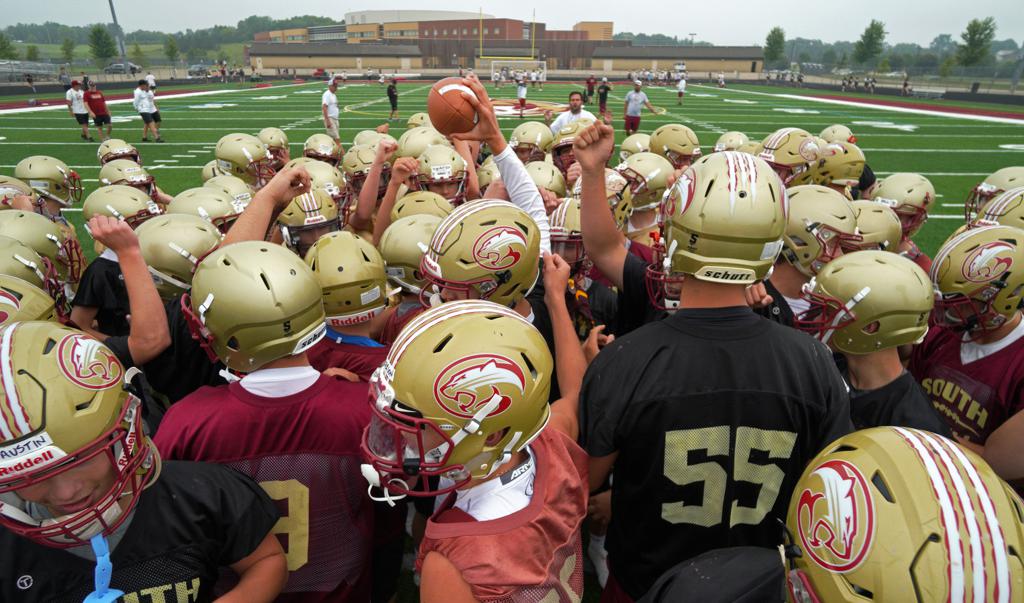 “I was ready to go,” the Lakeville South senior said. “I’ve been looking forward to the start of training camp.”

The senior tight end/safety smiled gleefully as he cruised into the Cougars stadium two hours later, as fog lifted around the high school, on the first day of practice for most football programs around the state.

“We want to keep building on last year,” Brekke said.

The Cougars, after a 1-5 start, put together a surprising five-game winning streak late last season before falling to crosstown-rival Lakeville North 35-13 in the semifinals of the Class 6A state tournament.

“Coach (Tyler) Krebs kept believing in us,” Cougars senior running back Johnny Shabaz said. “He told us to be patient, stay the course and everything will eventually fall into place for us.”

“There is reason for us to be excited this year,” Shabaz said. “We have a ton of confidence now. We know what we’re capable of and can accomplish this year.”

Especially if they listen to boisterous assistant coach Glenn Hansen. Midway through practice Monday he blared, “ If you’re going to be lazy, we’re not going to win. We have to be relentless.”

Senior center Kyle Lattery knew exactly what Hansen was trying to get through to his teammates.

“Working hard is part of the routine,” Lattery said. “We’re trying to set a standard for the upcoming year and future.”

The program hasn’t had a winning season since 2013, when it finished 6-4. It wound up 6-6 a year ago in Krebs’ second season at the school.

“It’s a challenge to change the mind-set,” Shabaz said. “We have a reputation to change.”

Krebs’ senior class is focused on doing just that.

Just as Krebs emphasized to his players on various drills during the first of two practice sessions for the day.

That’s not an issue for the energetic Shabaz.

“We’re super pumped for the season,” Shabaz said. “We’re way ahead of last year as far as energy and enthusiasm. We have high expectations.”

Ones fueled by their playoff loss last season.

“We still have a chip on our shoulder,” Lattery said. “We want to be back at U.S. Bank Stadium.”