Who's the best of a good lot? 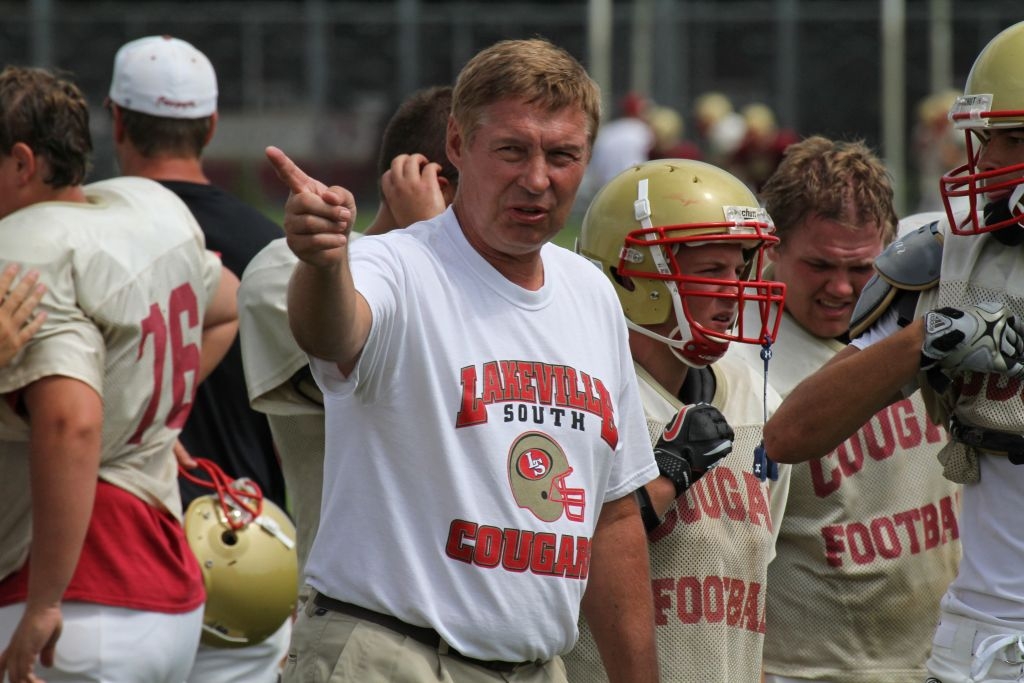 A host of returning talent makes the South Suburban a marquee conference again this fall. Rosemount marched all the way to the Class 5A championship game last year, and Lakeville South joined the Irish in the state tournament. Eagan and Eastview were a game away from the big dance. Who emerges this year?

• Fritze said he has hopes the Eagles will contend for the conference championship. And while that might seem like a tall task on paper, Apple Valley does welcome back 10 starters, including three wide receivers. If the Eagles can work out some concerns on defense, they could sneak up on opponents.

• Nowhere to go but up, right? The Jaguars averaged a little more than 16 points per game last fall while giving up 37, so defense should be -- and is -- a main focal point. Noah Larson is back at defensive end after starting there as a sophomore last season.

• Lexis Jones put on a show at times last year as a junior, scampering 1,075 yards and scoring eight touchdowns. He had four games of more than 150 yards, and that kind of effort will be needed this season if Kennedy wants a better record in the end, especially with Rosemount and Eden Prairie on the schedule out of the gate.

• The first-year head coach has his work cut out for him. The Blaze lacks experience and depth this season and plays in a tough conference (and section) caked with teams blessed with returning starters. A bright spot could wind up being the running game. Burnsville's offensive line is anchored by Chase Roullier, a legitimate Division I recruit at 6-5, 300 pounds.

• The Wildcats made a nice run to the section championship game last fall and have the horses to do it again. Drew Bauer returns at quarterback after seeing time there and at wide receiver last season. He's one of six starters returning on offense, along with 6-4, 295-pound tackle Connor Randall. It's not as rosy on defense, with only three starters back.

• Lineman Zack Johnson (6-5, 320 pounds) is a beast and will be in the spotlight on this team as a senior by playing both ways. The Lightning could be sneaky good, as last year's record is skewed by a an 0-2 start (a weather-plagued 3-0 loss, then a date with Eden Prairie) and then two losses to eventual state runner-up Rosemount.

• High school football continues to be a ground game for most teams. But like their crosstown rivals, the Panthers will again look to thrive under center. Trey Heid is back for his senior season after throwing for nine touchdowns as a junior. He also made two field goals, 13 extra points and punted last season.

• An early exit from the state tournament last year still stings, and the Cougars are ready for another run. Quarterback Mitch Leidner leads a talented group of starters back on offense. The Gophers recruit threw for 2,097 yards and 17 touchdowns last season while also scoring six TDs on the ground. The defense is solid, too, but maybe just a touch undersized.

• A year of experience in the new conference under their belts should help the Lakers the second time through. But another tough schedule awaits with defending Class 5A champion Wayzata looming for the opener Thursday. Lineman Karmichael Dunbar is one to keep an eye on, as if you could miss a 6-2, 290-pounder.

• An undefeated trek through the conference will be tough to accomplish again, but expect the Irish to be a force on defense. Rosemount benefits from five senior starters back at linebacker and in the secondary. Erdmann, though, will have to dig deep for a way to replace the three-pronged rushing attack that was so powerful last season en route to the season's final game.