No punts. No need to try a third-down conversion. No doubting its dominance.

A near-flawless first half allowed Caledonia to crush Paynesville 49-16 in the Class 2A semifinal Thursday at U.S. Bank Stadium.

The Warriors (12-0), who won the 2A title in 2015 and 2016, advanced to their sixth Prep Bowl in the past eight seasons. They await the winner of Friday’s game between Pipestone and Moose Lake/Willow River.

King said the Warriors’ ruthless efficiency “didn’t surprise me. We talked about it going into the game that we wanted to be at second-and-short if we could. We just broke even more tackles out in open space and happened to get first downs and we built off that.”

Paynesville (9-3) reached its first state semifinal since 1979. The Bulldogs fumbled away a promising drive in the first half and got no closer.

“That’s a level of a football team that we haven’t seen this year,” Paynesville coach Max Meagher said. “Caledonia is put together. Those kids that walk out on the field, they are physically sound and tough all the way across the board.”

King, who only threw one pass in the second half, credited the Warriors’ offensive line.

“I wasn’t touched all game,” King said. “There was a clean pocket around me the whole time.” 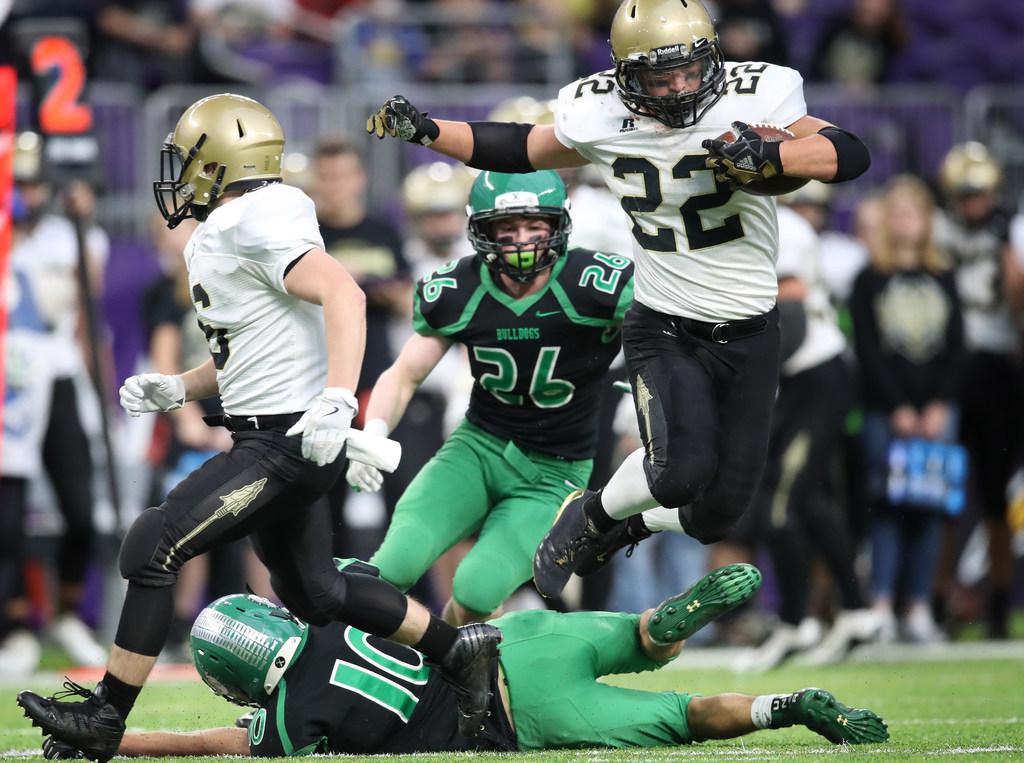